(Redirected from An Angel's Happiness) 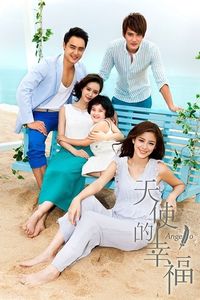 Xiaohan, who runs a small lodge, is the prettiest girl in the little village on Baisha Island. Her humble background and lowly education makes her unconfident, yet she is still optimistic, hoping for her very own happiness. Jieluo is the haughty son of a woman who is in command of a big business group. He was asked by his mother to help her in renovating some parts of the island, and thus lived in Xiao Han's lodge. When Jieluo was trying to purchase some land, he ran into problems which were soon solved with the help of Xiaohan. Their personalities are miles apart, but when they got to know each other through working together, they slowly fell in love. However, Jieluo's mother was against them being together and wanted Xiaohan to leave Jieluo in exchange for the continuation of the island's renovation project. For the good of the island, Xiao Han reluctantly agreed. This dealt a great blow to Jieluo, and finding Xiaohan became his only job...