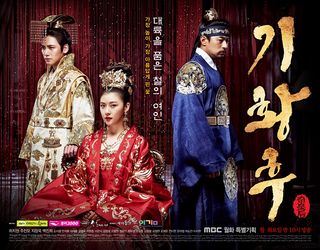 A romance historic drama depicting the love and battle of a woman from Goryeo who becomes a powerful Empress of the Yuan Empire.