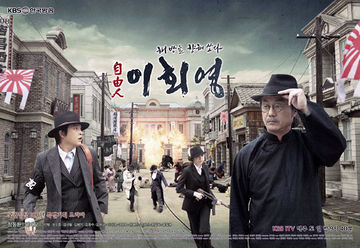 A four-part drama produced for the 100th anniversary of the occupation of Korea by Japan. Freedom Fighter, Lee Hoe Young will be the third and final installment of a series of dramas by KBS that focus on noblesse oblige and famous inviduals who sacrificed much to provide for their fellow countrymen. Lee Hoe Young was an independence fighter who donated his savings and started a school for soldiers and scholars in China, but was later captured and tortured by the Japanese. Kimura Junpei is a Japanese reporter that he meets.