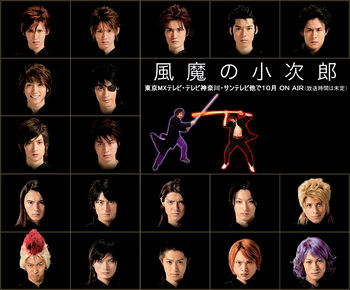 Hakuo Gakuin used to be a prestigious high school, and famous for martial arts. However, because its rival school; Seishikan, has been cowardly luring it's superior students, Hakuo was going to decline.

In order to recover from the situation, the acting principal of Hakuo; Hojo Himeko, sends Yagyu Ranko to the Fuma Village in search of the famous Fuma ninja clan for assistance. The leader of the Fuma sent Kojiro to Hakuo, there he faces the notorious Yasha clan who fights for Seishikan lead by Asuka Musashi.

Soon Kojiro's comrades arrive and an all-out ninja war postponed for 500 years begins between the 2 clans.