For other dramas with similar titles, see Hero (disambiguation).

Kohei Kuryu is a former juvenile delinquent who drops out of junior high and goes on to earn a high school equivalency diploma. After passing the law board exams, Kuryu becomes a prosecutor. Not your typical prosecutor, which is quickly seen through the clothes that he wears, Kuryu possesses quick instincts and a kind of cleverness that only someone raised on the streets could have.

Maiko Amamiya is a shrewd public prosecutor who has her eyes set on passing the exam to become a deputy prosecutor and tries her best to be noticed by her boss. Kuryu, on the other hand, after earning a reputation for doing top-notch work, is transferred to Amamiya's division, and finally opens his eyes to the possibility of promotion. Unfortunately, his unprecedented work behavior abruptly brings things to a halt.

Although earning a reputation as a bad apple, the influence from Kuryu's strong pursuit of justice slowly begins to change things around him. This drama is filled with it all; love, laughs and lots of emotion. --Fuji TV

Five years after leaving Josai bureau, Kuryu Kohei, who has been working in Sapporo, Hokkaido, is transferred to Nijigaura, Yamaguchi (a fictitious town, its real name is Nijigahama), a quiet place on the seaside where he arrives precisely when the first murder in eleven years has been committed. Soon, Takita Akihiko, the most beloved and influent person of the town, is suspected and Kuryu has to deal with this problem, as the other members are too frightened to take any action.

A special in which the atmosphere of the renzoku series is kept, even though the cast has been almost entirely replaced. The fact that the story is located in the countryside gives the little bit of originality this episode needed. And it is with great pleasure that we meet again several characters of the renzoku series who make an apparition as guests. 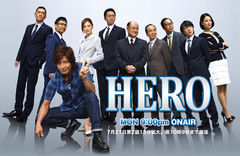 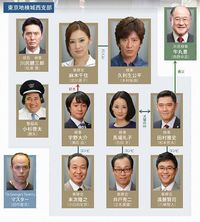