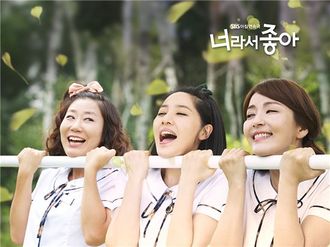 Will three women who used to bravely ditch school with the exams up close still be the same 18 years later?

Jin Joo lives life as a passionate working mom to keep her husband. Soo Bin meets some good back-up and is reborn as a rich house's lady. Gong Ja is an old-miss who still can't make up her mind between love and conditions. Unlike their high school days, the three women are living different lives. They meet again at the division of life and envy each other. However, they are nervous the other might notice their misfortune although they encourage each other with pretence. Then Soo Bin's marriage breaks up the friendship as well. She becomes a divorcee when she seemed perfect but Jin Joo's words become poison rather than help to her. Soo Bin sold love to Jin Joo as she had to work to keep her love but now Soo Bin tries to buy Jin Joo's love Myung Han with that money. Jin Joo is a working mom who threw herself out there for her family and she is at risk of disappearing like a mermaid and is at war with her friend Soo Bin.--HanCinema