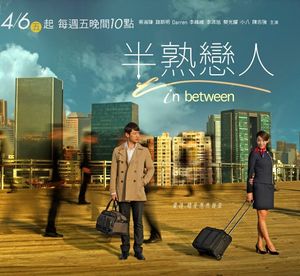 Meng Ke Huai is a popular romance novelist who suffers from writer's block because he no longer believes in love. When a crazy fan trapped him over night with an innocent bystander, he found the inspiration he needed to finish his book. The bystander was Li Xiao Yang, a senior flight attendant who desperately wanted her boyfriend to propose. They became fast friends over the incident. As time pass by, he found himself attracted to this woman who he knows but not that familiar with.