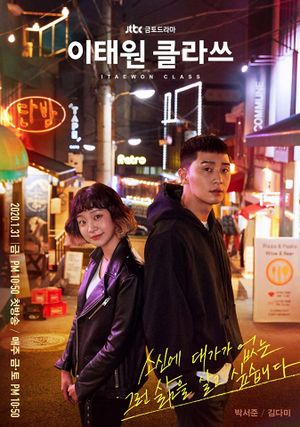 Park Sae Roy gets expelled from school for punching a school bully, the son of the CEO of his father's employer. As a result, his father gets fired from his job. When the same bully causes an accident that kills his father, Sae Roy beats him severely and is sent to prison. Once released, Sae Roy follows in his father's footsteps by opening a bar-restaurant in Itaewon. Together with his manager and other staff, Sae Roy hopes to ruin his rival and achieve even greater success.