Featuring Yosuke Eguchi as a young emergency room doc and Nanako Matsushima as his unappreciative assistant also fails. It is just one medical emergency after another interrupted by bits of silliness such as the scene where a doctor accidentally smokes the marijuana cigarettes confiscated from a tattooed character while the staff is busy helping the thug "give birth" to the dozens of heroin-filled condoms he has swallowed. -- JDorama.com 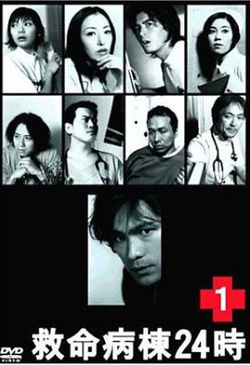 This program is the third series of the popular drama series "Emergency Room 24 Hours," first aired in January 1999 and went on to earn an average viewer rating of 20.4%. Emergency Room not only covers life in the ER, but the "human" side of doctors and their love for family. --Fuji TV

This article contains no synopsis. You can help DramaWiki by writing one. 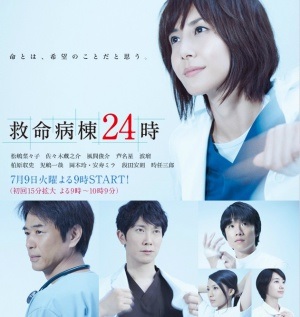 Dr. Kaede Kojima (Matsushima Nanako) is now the staff leader at Minato University Hospital's Emergency and Critical Care Center. It's been a month since she took that position. She's calm and precise in her role as staff leader, but she doesn't let others get close to her. The relationship between staff members is awkward because of this. Others can't figure out why Hospital Director Tooru Mogami (Danta Yasunori) put Kaede Kojima in her position.

Around this time, tragedy strikes with multiple stabbings and an explosion. The Emergency and Criticial Care Center is inundated with injured victims. Chaos ensues as the staff fails to work together and the doctors do not cooperate or communicate with each other. --Asianwiki-- 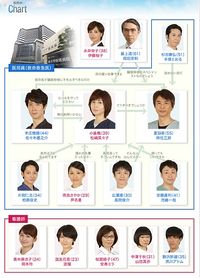