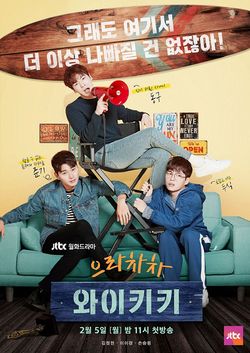 The story of three men who come to run a failing guesthouse called Waikiki. Complications spark when their guesthouse is visited by a single mother and her baby. --Wikipedia 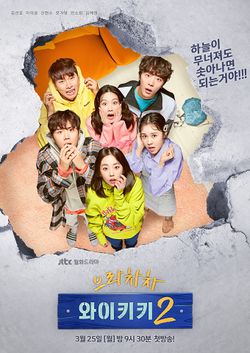 Lee Joon Ki is an unpopular actor who runs the Waikiki guesthouse. However, business is bad and the guesthouse is facing bankruptcy. In order to revive the guesthouse, Lee Joon Ki asks his friends Cha Woo Shik and Kook Ki Bong to invest their savings in it. Cha Woo Shik is a picky person who dreams of becoming a singer. Kook Ki Bong used to be a promising baseball player, but instead is now stuck playing in the minor leagues. After Lee Joon Ki's request, they all put their money into Waikiki Guesthouse and start living there together. --MyDramaList