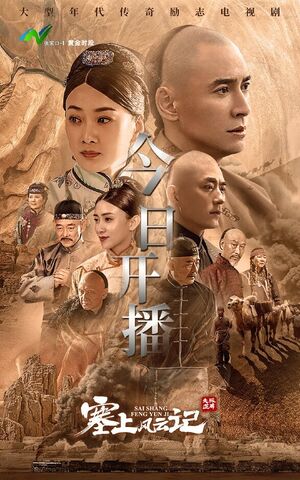 Set in the end of the Qing Dynasty, the drama chronicles the rise of the Chinese National Industry and Commerce against Western influences.

During the years of Guangxu's rule, the Zhangku Avenue of the Northern Silk Road managed by the Zhang family enjoyed great prosperity, and extended to the trading route of the Russians. However it all changed one day... Lu Junjie, son of the Zhang family, undergoes a huge family change and was forced to wander it the grasslands. He wanted to start anew, but the Qu family who stole his family's property never stopped trying to harm him. For their own interests, they allied with bandits and tied to kill him. Lu Junjie's closest ones fought to death to protect the Zhuangku Avenue. Gradually, more people chose to stand by Lu Junjie's side, helping him to repair the railways, build commercial radio; contributing greatly to the country's trade. After the Japanese Invasion of the Chinese, Lu Junjie fought his last batle against the Qu Tribe, and he was able to successfully avenge his family. With enemies out of the way, Lu Junjie believes that the former glory of the Zhangku Avenue would eventually be restored.