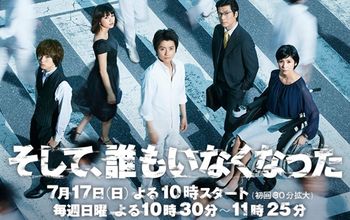 He is a brilliant system engineer who is an up-and-comer at his company. In his private life, he has a fiancée. Just when he was at the pinnacle of joy, he suddenly disappears from the face of the earth. "No, you're not Todo Shinichi." Even the name on his official family registry and certificate of residence has been changed. His bank accounts have been seized and his employment has been terminated on grounds that he is a missing person. Without an official family registry, he can't even get married. Did someone set him up? The suspect begins to emerge... Although Shinichi was left with nothing but loneliness, he won't allow himself to go down this way. He won't give up, no matter how much he is betrayed. He will keep believing in people. No matter what happens to him, he will not succumb. "I will uncover the truth, regardless of what it takes." No matter how many times he falls, Shinichi will get back up. -- NTV