This page is about a verified upcoming drama.
Some information on this page may be missing or even wrong. 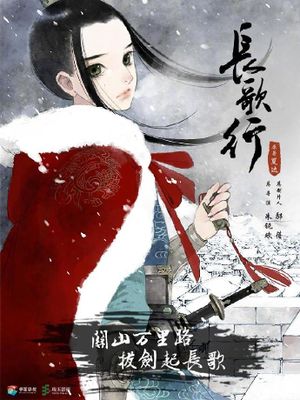 Li Changge's family was murdered by Li Shimin, the Emperor of Tang, during the Xuanwu Gate Incident. She heads to Shuo Province under the guise of a man with hopes of raising an army to kill Li Shimin to avenge her family's death. However, as a captain of the army of Shuo Province in Zhangzhou, she loses a siege by the Eastern Turkic Khaganate General Ashina Sun, who takes her to serve him as a personal military strategist.

Adopted Son of Quētèqín, the Khagan. An Eastern Turkic Khaganate General, in charge of the Eagle Division. He is is known for his military prowess, having been undefeatable on the battlefield.

An assassin. Du Ruhui's subordinate and confidant. He is tasked to track Li Changge; as well as collect intelligence and eliminate any possible source of threat to the kingdom. Li Leyan's lover.

Wei Zheng's son. Li Changge and Li Leyan's childhood friend. He has a crush on Li Changge, after being saved by her when she was young.