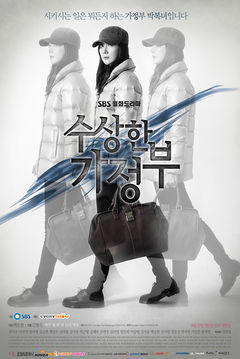 A drama about a housekeeper Park Bok Nyeo, who gets hired to work for a family which has just lost its mother, leaving just the father and four children. But, she's strange. She is unsociable housekeeper who is perfect in what she does around the house but doesn't smile or show her feelings due to her mysterious past. Bok Nyeo will help the family healing process and rebuild their bonds.