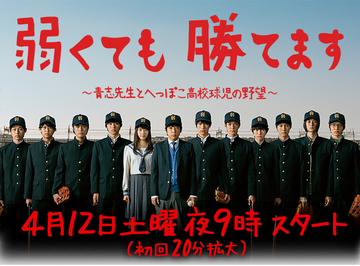 Tamo Aoshi (Ninomiya Kazunari) is a substitute teacher at his alma mater, a prestigious private high school which admits 200 students to Tokyo University every year. He becomes the coach of the weak baseball club which has only five members and has never won a game since it was established. The highest number of times they have thrown the ball back and forth without dropping it is nine. They prefer the outfield because the infield is scary. Furthermore, they practice on the grounds only three hours a week. At other times, they study, study and study. But they love baseball. Finding them interesting and strange creatures, Aoshi decides that he will give his charges victory, guided by his offbeat theory “triumph is possible even if weak”. And then they seriously set their sights on the annual nationwide high school baseball championship with their brand of preposterous baseball. 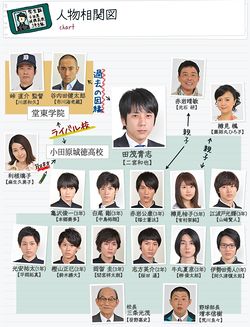