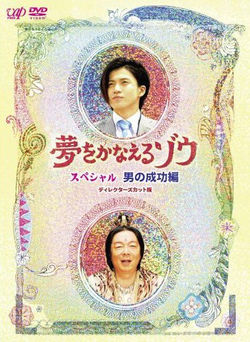 Kohei is an unreliable salaryman who one day meets "Ganesha", a Hindu god depicted with an elephant head, with a Kansai dialect. From that encounter, Kohei finds a way to turn around his life. 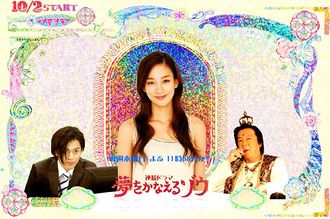 Hoshino Asuka is dumped by her boyfriend, who is a colleague at the same workplace, on her 25th birthday. To make matters worse, her apartment catches fire and she can't return to live in it. Asuka finds herself wishing for happiness and the elephant god Ganesha suddenly appears. He had lived with Nogami Kohei in that apartment several years ago. With the appearance of Ganesha, Asuka learns what true happiness is.