Kanzaki Nao is an honest college student who receives a hundred million yen one day, along with a card saying she has been chosen to take part in the "Liar Game". The aim of the game is to trick the other players out of their hundred million dollars. At the end, the winner gets the hundred million and the loser is a hundred million yen in debt. The next day, she receives notification that her opponent is her former teacher, Fujisawa Kazuo. She goes to him, seeking help, but ends up getting tricked into handing her money over. Desperate, she approaches the police for help, but they are unable to do anything. However, she is told of a mastermind swindler, Akiyama Shinichi, who is to be released from jail the next day. Desperate, she goes to him for help. -- Rikayla (Updated by Backalley) 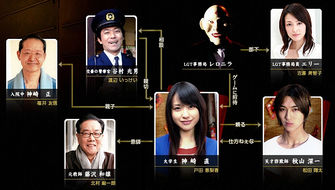 The naïve Kanzaki Nao and expert swindler Akiyama Shinichi have not heard anything from the LIAR GAME organization since the end of the previous game, so it seems they may have actually escaped. But Nao suddenly gets another invitation and is once again caught up in the game. This time, she has to team up with Shinichi and one of their previous rivals named Fukunaga, facing off against three more opponents in new games of deception, such as "24 Rensou Russian Roulette" and "17 Poker." --Tokyograph