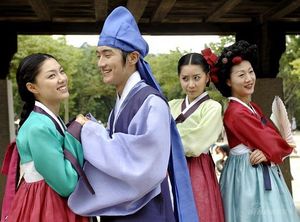 The drama is a twist to the well known classic story of The Legend of Chun Hyang. The big question revolving around this plot is what if the one that Lee Mong Ryong loves is not Chun Hyang but Hyang Dan? The drama will deliver a refreshing new comedy style.