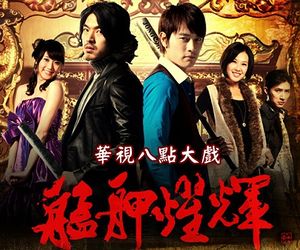 When Chen, Lu, Xu, and Yu were young, the four toughest kids in the neighborhood became sworn brothers and sister. Their parents, fearing that they would join a gang, intervened, and the kids went their separate ways. Years later, Xu's engagement to the daughter of a local gangster brought them back together. The joy of their reunion was soon overshadowed by the threat of gangster reprisal when Chen rescued a singer, Lin, from being kidnapped by the son of a gangster boss.