A longtime celebrity Yeo Woon-gwang (Park Sung-woong) suddenly has a need for a bodyguard and hires Kim Seol-woo (Park Hae-jin), a man trained in special investigations and a mysterious man of many talents. In reality, Seol-woo is a NIS black ops agent who has his own agenda and the role of bodyguard is only a cover to achieve his goals. The drama is about the twisty events they encounter and the budding bromance between the star and bodyguard. In addition, Seol-woo gets romantically involved with Cha Do-ha (Kim Min-jung), the manager of Woon-gwang and former fan club president. Seol-woo suddenly finds himself protecting Cha Do-ha at any cost; including revealing his true identity as a ghost agent. 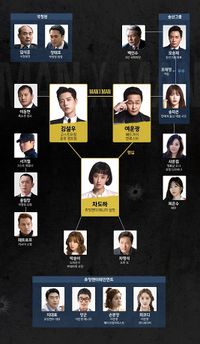