Daichi Kitajima has become a firefighter as a consequence of his childhood experience of being rescued by a fire rescue team. Despite his trauma, he strives to be promoted to become a member of the Special Rescue Team. Beginning with Daichi, this story follows him and his fellow rescue team trainees as they grow as rescue workers, as people, and as men. While facing the indiscretions of youth, and internal conflicts, they encounter the many imbalances between the ideals and reality in lifesaving along the way. --TBS 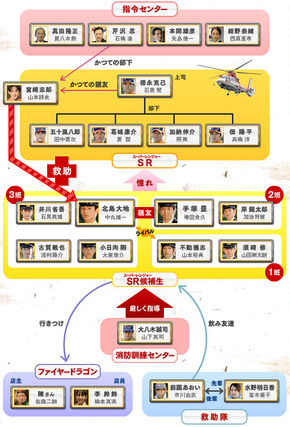