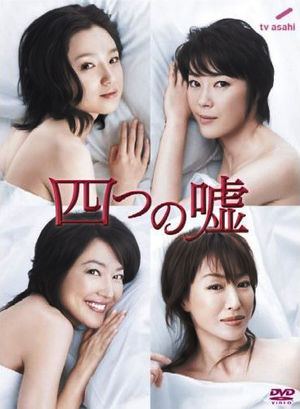 This renzoku follows four women in the "around 40" generation. Shifumi is an attractive woman who stole her classmate's boyfriend in high school, and despite criticism from others, she got married and had a child. However, she soon divorced and currently keeps a younger boyfriend. Three of Shifumi's former classmates: ordinary housewife Makiko, work-focused doctor Neri, and housewife Miwa. Miwa is having an affair with Shifumi's ex-husband Keishi (the boyfriend Shifumi originally stole from her.) Eventually, the various secrets and lies kept by the four women all come to light. --Tokyograph and groink