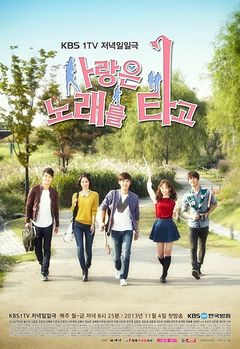 People in their twenties are still young and immature in terms of their career or love life. It’s the transition period from the adolescence to the adulthood. People in their twenties mature as adult through emotional chaos and most of them are under the quest of finding love. Story of young adults who are full of passion for love and their dreams sympathizes with the viewers. --KBS World

This drama centers on three families whose members learn to appreciate each other, realize the true meaning of family, regret their misbehaves, and repent the hurt they've caused to other people after hardships and trials in the world where individualism is prominent.

Gong Deul Im (Kim Da Som) is a tenacious, outgoing, and optimistic aspiring musical actress with undying passion to pursue her dreams despite against her parents' wishes. She will have romantic relationship with lawyer Park Hyun Woo (Baek Sung Hyun) who also dreams as musical actor but gave up his dream because of his parents. Meanwhile, Han Tae Kyung (Kim Hyung Joon) is the leader of a drama troupe and musical director. He will be working closer with Deul Im and is best friends with Hyun Woo and Deul Im's older sister, Gong Soo Im (Hwang Sun Hee). He will develop feelings for Soo Im.