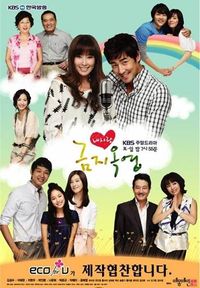 Jang In Ho is a radio PD who who grew up without a mother. Jeon Seol is talented singer and composer, however, a scandal about beating his ex-wife caused him to quit his job. He also has a dark past as his father committed suicide after his business failure. When they first meet, they don't get along with each other but as time passes, they begin to fall for each other. However, a secret between their families threatens their relationship.