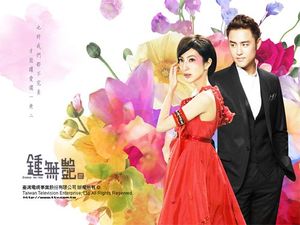 A re-imagining of the story of Zhong Wu Yan in which she lives in the 21st century. Wu Yen is intelligent and compassionate, but she lacks one thing that her fiancé really cares about: Beauty. And despite her numerous success in saving him from being overthrown from his father's company, he nonetheless prefers the beautiful Xia Ying Chun when dust settles. So it becomes a mystery to her friends and family as to why she still sticks around her good for nothing fiancé.

This is one of the best dramas I've seen so far. Although it is a romance, there's still many subplots revolving around jealousy, revenge, friendship, and greed. At first I found it a little hard to get into, but now I'm glad I stuck with it. This drama was intense all the way through. It's a must watch! =)